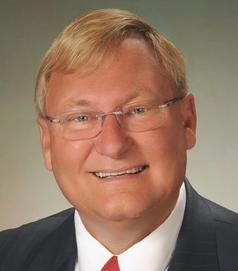 During high school, Van joined the Racine Police Law Enforcement Explorer Post, and in 1972 became the first Explorer to become a member of the Racine Police Department. Van’s career as a police officer spanned nearly thirty years, during which he held many different positions within the department. He continually increased his knowledge in police science by taking courses at area colleges, universities, and tech schools. He has taught police science courses to hundreds of citizens, police officers, and prospective officers, and holds a teaching certificate as a Police Science Instructor at Gateway Technical College.Van’s law enforcement career also allowed him to interact with thousands of young people, as he was employed by Racine Unified School District for over 30 years as a security guard and police liaison.In March of 2000, Van’s law enforcement career was cut short when he became a victim of a federal fugitive who was fleeing custody. Van was struck head-on in his squad car at 60 mph, and suffered serious injuries. Van was forced into retirement the following year, and he immediately began looking for new opportunities to serve the public.

In 2002, Van ran for the Racine County Board of Supervisors, and won with nearly 70% of the vote over a 10-year incumbent. Van was a leader during his 4-terms on the board, serving as the Vice Chair of Finance and Human Services Committee, and Chairman of the Public Protection and Criminal Justice Committee. Van was also appointed by Racine Mayors Gary Becker and John Dickert for two consecutive five year terms on the Racine Police and Fire Commission serving as the commission’s Secretary, Vice Chairman and most recently Chairman. Van is the first retired police or fire fighter to earn this distinction.In the summer of 2009, Van displayed his leadership on the County Board by speaking out against the annexation of over 3100 properties into the drainage district in the western part of the county, because the proper process had not been followed. Racine County eventually succeeded in obtaining an injunction from the courts to halting the proposed annexation

In addition to serving the citizens of Racine as a police officer, volunteer, and local government official, Van has had the opportunity to work with many community and charitable organizations throughout the years. Van was responsible for structuring security for Harbor Fest in 1986, and subsequently became a member of the board of directors in over the next 19 years. Through his Harbor Fest involvement, Van was able to work with many community organizations and Veterans Associations who depend on a safe, successful, and well-attended event to raise the necessary funds to sustain the many services that they provide. Van recently retired from the Racine Zoo Board, and attends Grace Church of Racine.

​Looking Toward the Future

With a lifetime of dedication to public service, Van has spent his entire adult life working for a safe, secure and positive community in which to live and raise a family. Van was elected to the State Senate in 2010, on a platform of balancing the budget without raising taxes, improving the job climate in Wisconsin and protecting our most vulnerable. Despite the incredible progress that Wisconsin saw on these fronts during his first two terms, Van knows there is still work to be done. Tax relief, economic growth and fighting for crime victims and families will continue to be Van’s focus when he returns to the Senate.With your support, we can continue to bring commonsense solutions forward to meet the current and future challenges facing us. Through volunteering, donating and simply supporting Van on Election Day with your vote, we will continue the fight to preserve hope and opportunity for our children’s future. 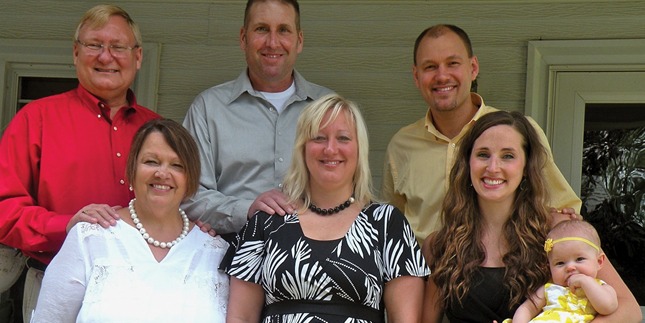 Van was born in 1952, the fourth eldest of Dr. Herluf & Hattie Wanggaard’s eight children. Dr. Wanggaard served in World War II and the Korean War, and in 1955 he moved his family to West Racine. Van attended several Racine area schools, and graduated from Racine Lutheran High School in 1970. Van displayed his willingness to take on the status quo at an early age, when he led the charge to convince Racine Lutheran officials to allow blue jeans in school.

Van and his wife MaryJo, who is also a life long resident of the district, have been married 40 years. Their home in West Racine was built in 1921 by Mary Jo’s grandfather (Joe Mizer), a Design Engineer with Walker Manufacturing. Mary Jo recently retired as a Medical Assistant and Billing coordinator in the Racine area since 1971.Van and Mary Jo have two children; Kathleen, a elementary teacher with Racine Unified Schools and her husband John, and Joshua, a small business owner and his wife Amy. Josh and Amy have blessed Van and Mary Jo with three grandchildren, Hattie Kay, Eloise, and Daphne.”